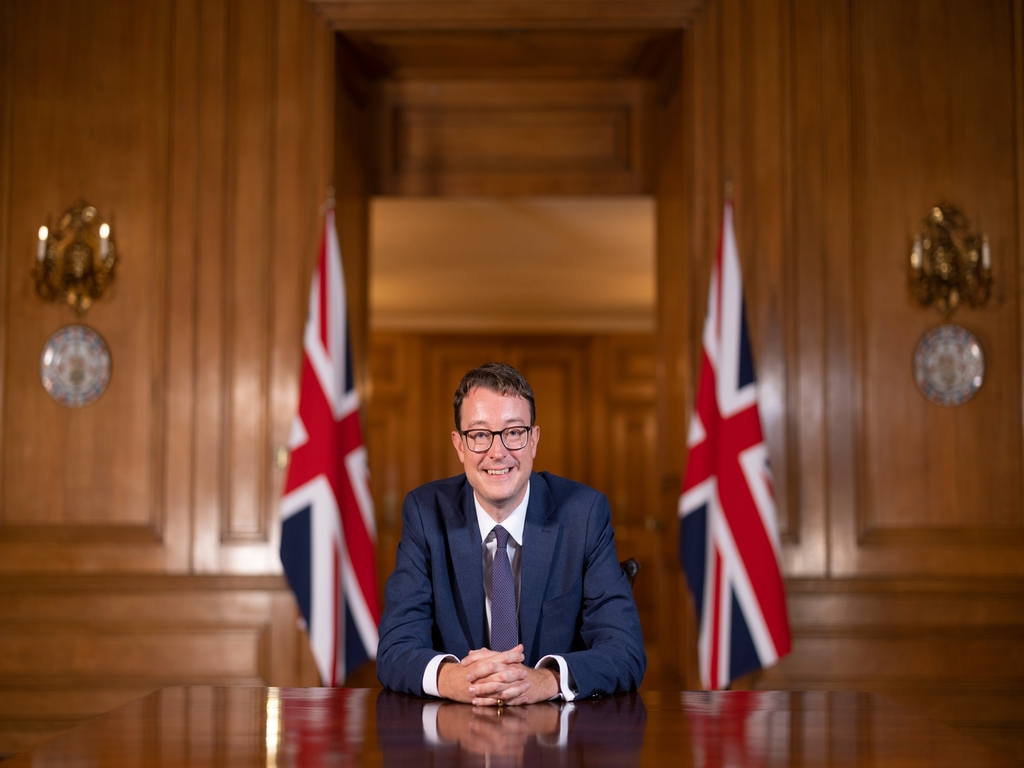 Simon Clarke, elected as new Housing Secretary - here's what you need to know

With so many changes taking place in Parliament, it can be taxing to keep up.

Simon Clarke, an MP since 2017, has been appointed Secretary of State for Levelling Up, Housing and Communities and now replaces Greg Clark who was actively in his role for just eight weeks.

He said: “There are real achievements, from the new homelessness strategy to the new East Midlands Mayoralty – but more than that, he has led the Department with his customary good humour, tact and intelligence.”

He described the outgoing Secretary of State as “a class act.”

Whether you agree with that statement or not, we look at what the property industry should be aware of as the Housing Secretary tackles his new role.

A bit of background

Previously Chief Secretary to the Treasury, Clarke returns to the Department of Levelling Up, Housing and Communities where he was a minister in February 2020.

Currently the youngest member of Truss’s cabinet, Clarke, 37, became the sixth person to fill the role since 2018. He has openly backed Truss’s opposition to top-down building targets and has described housebuilding targets as a “toxic distraction.”

A vociferous supporter of Liz Truss during the conservative party leadership contest, he tweeted: “Building more good homes is a top priority. Creating rational incentives and reassurances for communities to embrace them is vital.”

“The cult of top-down targets, however, has become a toxic distraction and Liz Truss is right to say she would scrap them.”

Clarke has also thrown his support behind the government’s stamp duty holiday during the pandemic, and claimed it was “the right thing to do to make sure we did not see a collapse of the market.”

Clarke commented, following his appointment: “It’s a huge honour to be appointed Secretary of State.

“Delivering on levelling up for communities in all parts of our country, unlocking the homes we need and supporting the economic growth that is so central to the government is our mission.  I will give it my all.”

“This is a department that I know really well, and which I am so looking forward to returning to – the commitment and expertise of officials there on themes as diverse as homelessness, building safety and devolution is second to none.”

A housing crisis looming and pressure from the industry

The property industry has welcomed the new Housing Secretary, however, with so many issues existing within the sector, Clarke has his work cut out.

Ben Beadle, chief executive of the National Residential Landlords Association (NRLA), has stipulated that the new minister will need to urgently address the rental housing supply crisis, saying: “Damaging tax hikes and uncertainty over reforms to the private rented sector are leading many landlords to leave the market when demand for rented homes remains high,” he pointed out.

“All this is doing is increasing rents, making it more difficult for those wanting to become homeowners.”

The NRLA has recently called for government to review the rental reform White Paper, which will ensure the strategies outlined in them have the full confidence of responsible landlords – a statement reiterated by Beadle when he said: “Damaging tax hikes and uncertainty over reforms to the private rented sector are leading many landlords to leave the market when demand for rented homes remains high,” he pointed out. “All this is doing is increasing rents, making it more difficult for those wanting to become homeowners”, he stated.

Melanie Leech, chief executive at the British Property Federation also congratulated Simon Clarke on his new role and she’s looking forward to working with him, saying: “He will play a critical role in the Prime Minister’s plans to ‘deliver, deliver, deliver’, with levelling up, housing supply and carbon reduction all vital to the UK’s future prosperity and global competitiveness.”

“We stand ready to work with the Secretary of State to unlock billions of pounds of property investment that will transform places across the UK, and we urge him to take decisive action quickly, the clock is ticking.”

Marlon Lloyd Malcolm, head of sales at Lurot Brand said that the planning process continues to be archaic with securing planning permission taking a lot of time, effort and red-tape.

Malcolm also mentions that if the government really wants to fulfil its housing quota, address the lack of housing supply, meet national demand, and maintain its levelling up manifesto, then streamlining the process should be a priority.

Ashley Wilson, head of London buying at Middleton Advisors urged the government to seek consultation from the industry, saying: “We need more help for first-time buyers, specifically in high-value areas such as London. The financial surcharges imposed on the international buyer and second home buyers need to be rethought.”

Lastly, Jack Reid, founder and joint MD at Orlando Reid, commented: “Over the last few years under the conservative government, there seems to have been a concerted effort to make it harder to be a landlord. This has been done through the introduction of policies such as second home stamp duty in 2016, the removal of tax relief for landlords on costs such as their mortgage, and the tenancy fee ban of June 2019.

“With just these three examples, it is clear that the government has been trying to make it harder for landlords to enter the market and help first-time buyers get on the housing ladder. However, from what we have seen, the main impact has been on tenants because as a result, rents have increased and more landlords are quitting the market, reducing the amount of supply.

“Over the last 12 months, in areas around South West London, rents on some properties have increased by as much as 20% as tenants have to rush and pay above the asking price to beat the competition for homes.”

“We feel that the government needs to encourage landlords to return to the market in the short to medium term to help stabilise the market and limit the risk of homelessness,” he added.

To stay on top of all governmental changes within the sector, you need to work with an experienced, reputable estate agent. Luxon Real Estate is an evolutionary estate agent for Essex.

We empower customers, manage expectations and use awe-inspiring marketing and technology to drive the best results. In an industry not known for its integrity we do things differently, we are accountable and will be completely transparent at all times, we will always act with the utmost of integrity, the way it should be.

Focusing on the finer details of your home that are important to you, we will determine the best approach and strategy to sell your home, at the best price.

Luxon Real Estate was developed to offer only the most elite and experienced agents in the industry to ensure your property related service are handled correctly whilst providing up to date industry advice.